As if the early weeks of having your new baby at home aren’t  unsettled enough.  Sleep researchers are no finding that disruptions in sleep can also lead to disruptions in eating habits.

A study at the University of Colorado followed 16 healthy men and women over a 2 week period in a controlled environment.  They determined that staying up late and getting only 5 hours of sleep, increased a person’s metabolism, yet they tended to eat more and of the 2 week study those same people had gained an average off 2 pounds.

It turns out that the extra hours of being awake gave the participants more time to eat, and what they ate tended to be carbs.

The participants were awakened 3 hours earlier than normal and  therefore their biological clocks were out of whack.  In other words, their internal nighttime had not ended.  This change influenced their eating habits.  They tended to eat a smaller breakfast and a lot more after dinner.  Overall, there was a 6 percent increase in the number of calories consumed.

What does this mean for a sleep deprived new mom?  The sooner your baby gets on a schedule the faster your own sleep and eating patterns will return to normal. Meanwhile  sleep when your baby sleeps, and hide those potato chips in the back of  the cupboard. 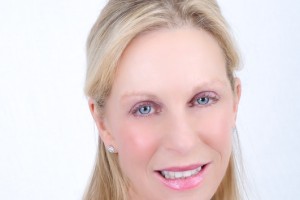 My name is Angela Walsh.  I am a Child Sleep Consultant Certified by the Family Sleep Institute, and the founder of Babes in Sleepland.  As the mother of four grown children (three boys and a girl), my mission is to help parents like you enjoy every … END_OF_DOCUMENT_TOKEN_TO_BE_REPLACED 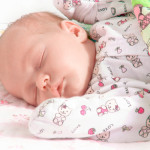 "Working with Angela from Babes in Sleepland, our daughter Violet has gotten so much better in just a week’s time.  She’s been so full of smiles and I feel liberated.  Now we can fall head-over-heels in love with her. When you are sleep-deprived, it’s hard to be truly happy to see your child in the morning when you have been hanging out with them all night!  Angela, thank you for your support during all these changes. Your business certainly fills a gap that sleep-deprived moms, dads, babies and families need.  With your training and expertise, you are able to take care of moms to get them and the whole family sleeping."
https://babesinsleepland.com/testimonials/4/
0
0
Babes in Sleepland 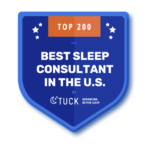